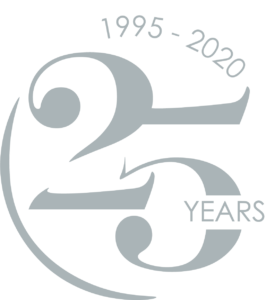 As we enter the fourth quarter of a tumultuous and unprecedented year, we reflect and celebrate 2020 as a milestone year for CTI, marking the 25th anniversary of opening the company’s first branch office in Ohio.

When the original founders of the company formed CTI in 1991, they were told they wouldn’t last three months. Three months came and went, and they were successful. Three years passed and the Chattanooga office was busy, growing and making a name for themselves in the local water and wastewater industry.

With the successful growth of the headquarters, they wanted to increase the firm’s reach. In 1995, several Ohio civil engineers made the leap to begin a branch of the company in Green, a centralized location between Akron and Canton.

In the civil engineering consulting industry, the success of our company relies on the relationships and continued support of our clients. CTI Ohio has had several valuable clients since the startup days in the mid 90’s and early 2000’s and these clients have had monumental impact on the continued success of the office for the last 25 years.

Since 1995, several integral clients have changed, expanded and adapted to changing technology with “practical innovation, by design®” in mind along the way.

The City of Massillon

The City of Massillon has been a trusted client of CTI Engineers since the Ohio offices opened in 1995. With a major plant upgrade completed in 2000 and another in 2013, Massillon has trusted CTI to keep the wastewater treatment plant on the cutting edge of technology.

The City’s latest $26 million upgrade at the plant tackled a phosphorous removal mandate from the Ohio EPA, as well as additional plant expansion (from 15.8MGD to 17MGD). Since the plant is limited on expansion space, biological upgrades using an Integrated Fixed-Film Activated Sludge (IFAS) System were incorporated into the existing tanks. The first of its kind in Ohio.

The City of Akron 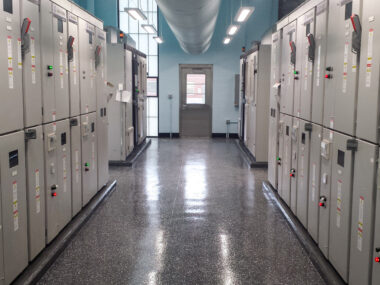 In 2006, the Ohio offices split and moved into downtown Akron and Canton. Since then, the City of Akron has been a continued client focused on raising the bar on high water standards and environmental integrity throughout the City. We have tackled innovative projects on the water and wastewater side for the City.

One of our favorite designs for the City was a Variable Frequency Drive (VFD) project at the water treatment plant. The VFDs allow the operators to slow down the plant flow rate and indirectly control the filtration rate, coagulation time, weir overflow rate in the sedimentation basins, and directly control and optimize the disinfection process. 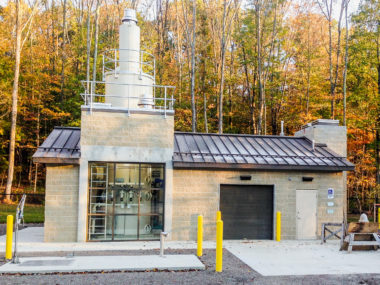 Since 2000, the Ohio Department of Natural Resources (ODNR) has allowed us the opportunity to improve parks throughout the entire state, where over the last 20 years, we have updated or designed new water and wastewater systems in more than 60 parks.

These parks operate as small villages and we frequently have to get creative with how we build systems to operate in small footprints but serve vast expanses of land, while also being cognizant of the scenic nature of state parks. Some of our most innovative designs are made to operate within these tight parameters.

We understand our clients have a choice of qualified firms to pick from every time they have a water or wastewater project. However, with CTI’s attention to detail and commitment to collaboration, the true testament comes from clients who have stuck with us since the beginning. A more comprehensive look at our clients and project experience can be found here on our website.

As we reflect on the last 25 years in business we are hopeful for what’s to come in the future and are greatly looking forward to a time when we can celebrate these milestones together again.