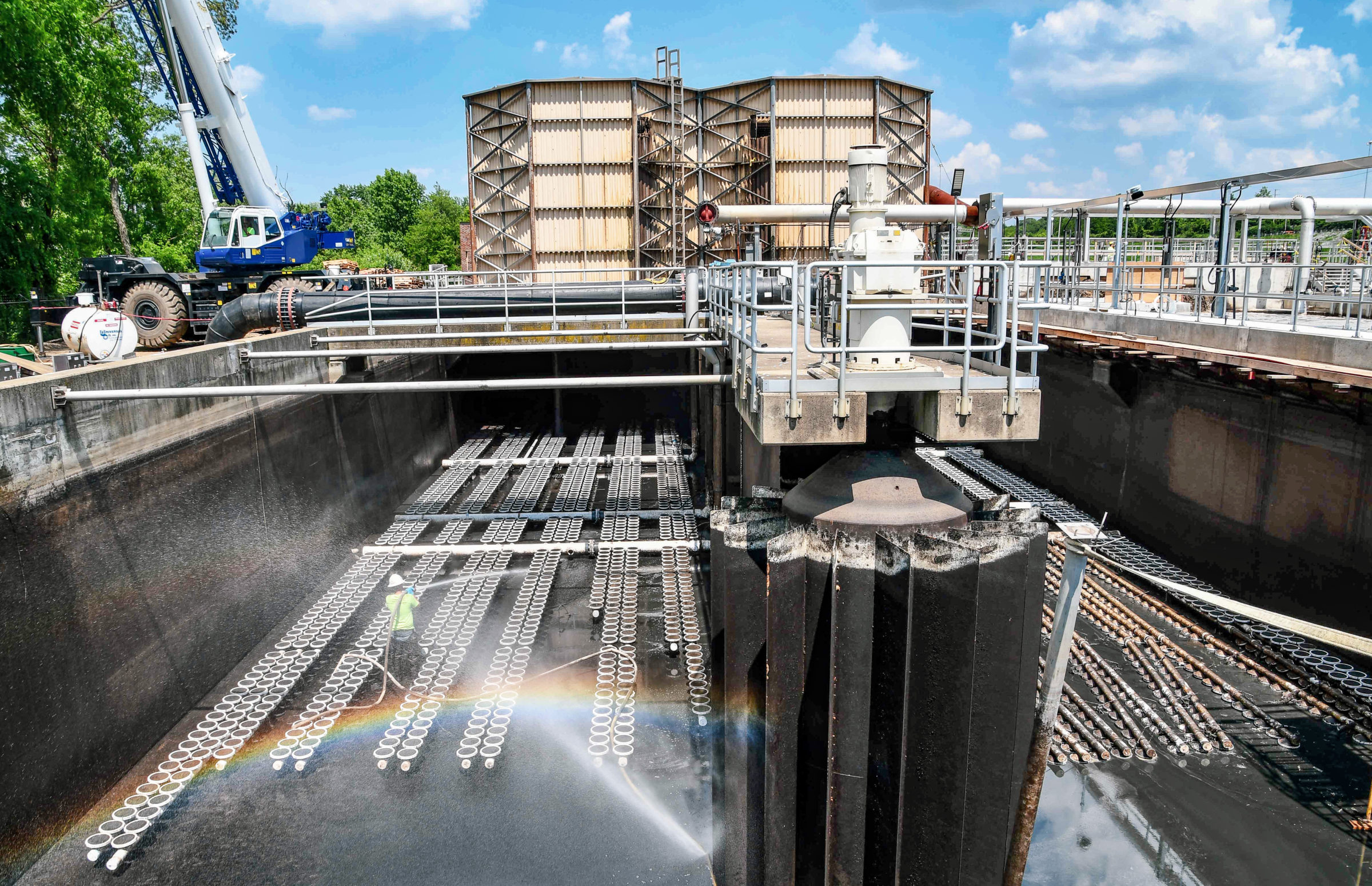 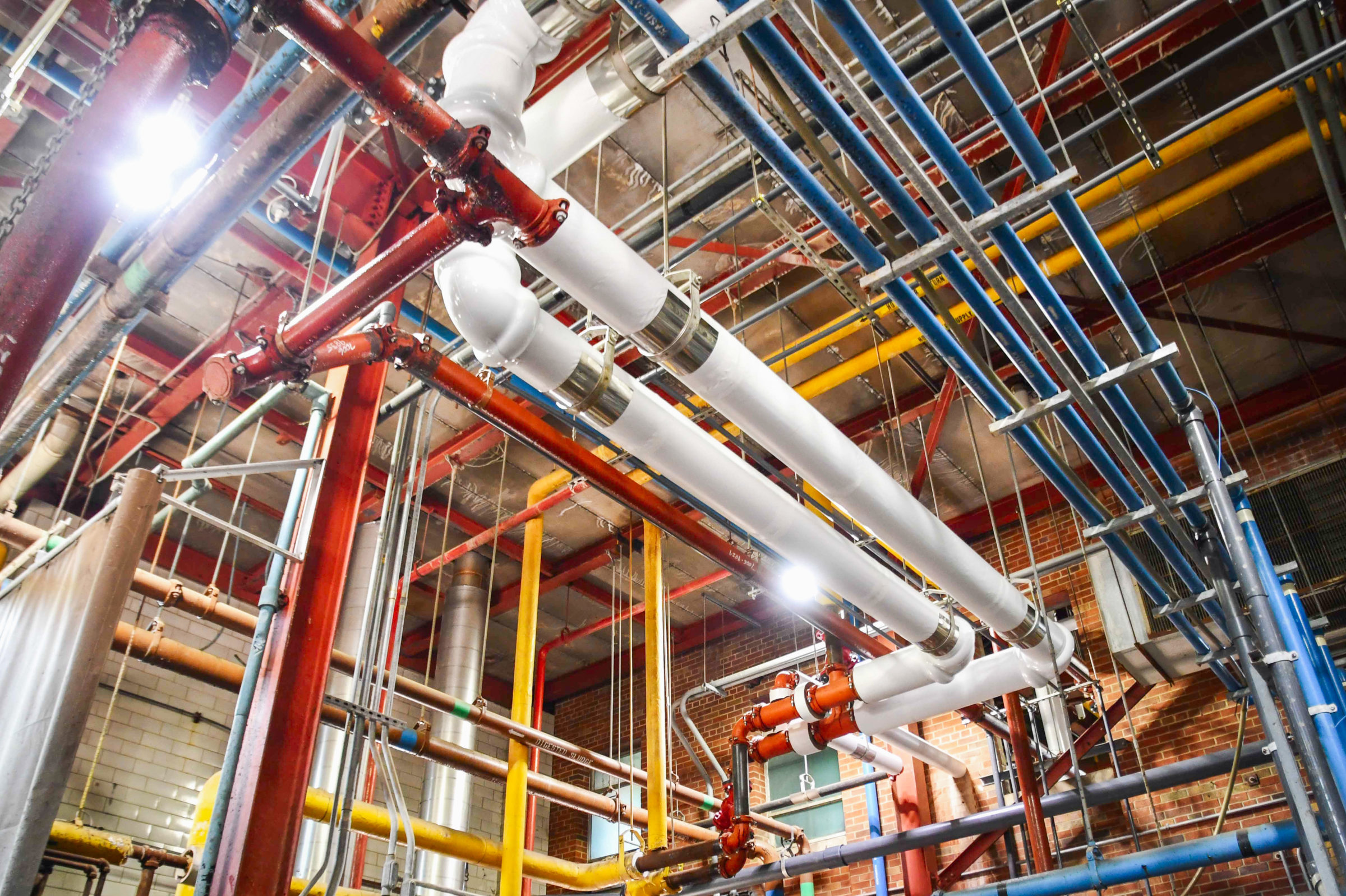 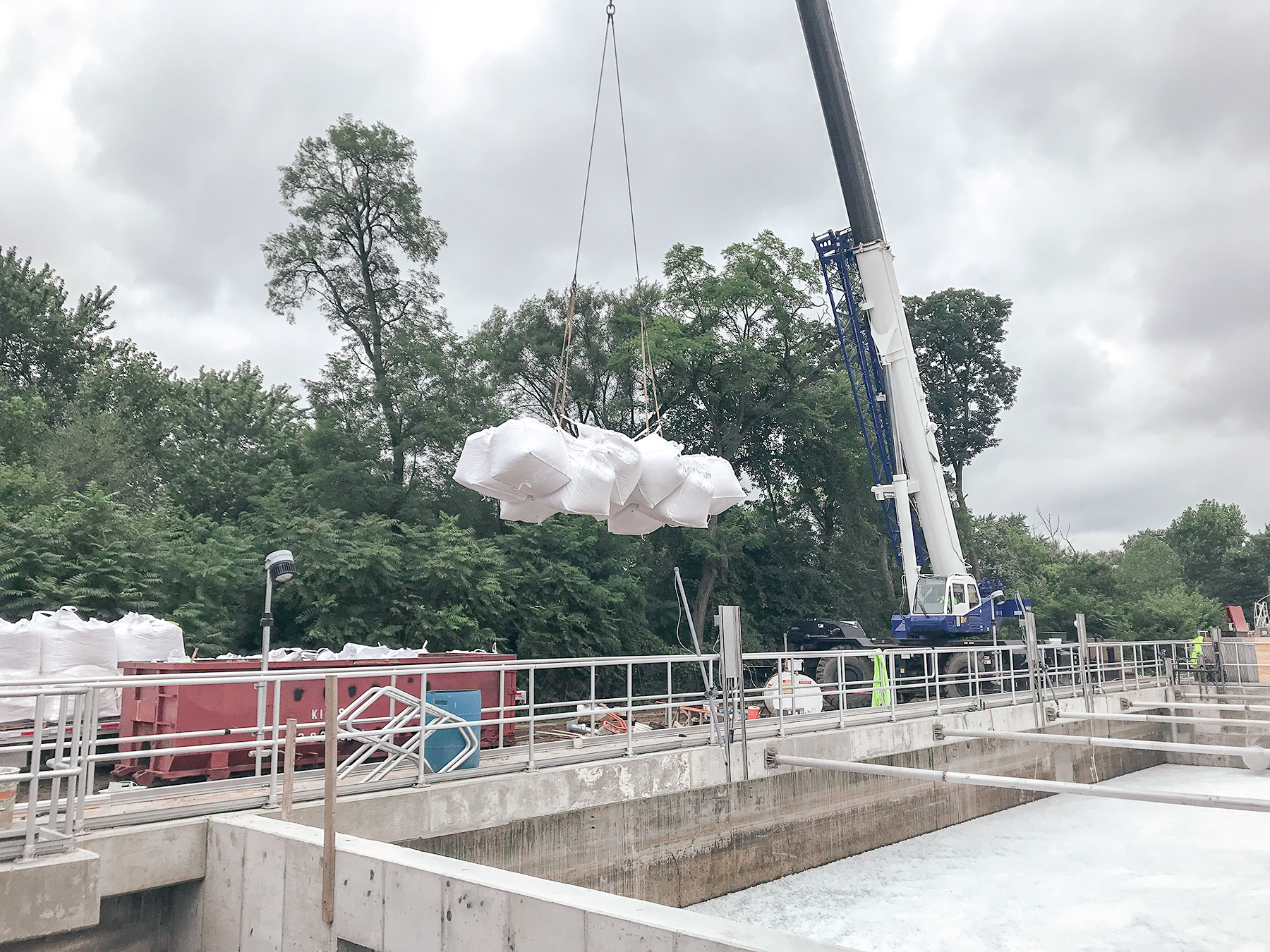 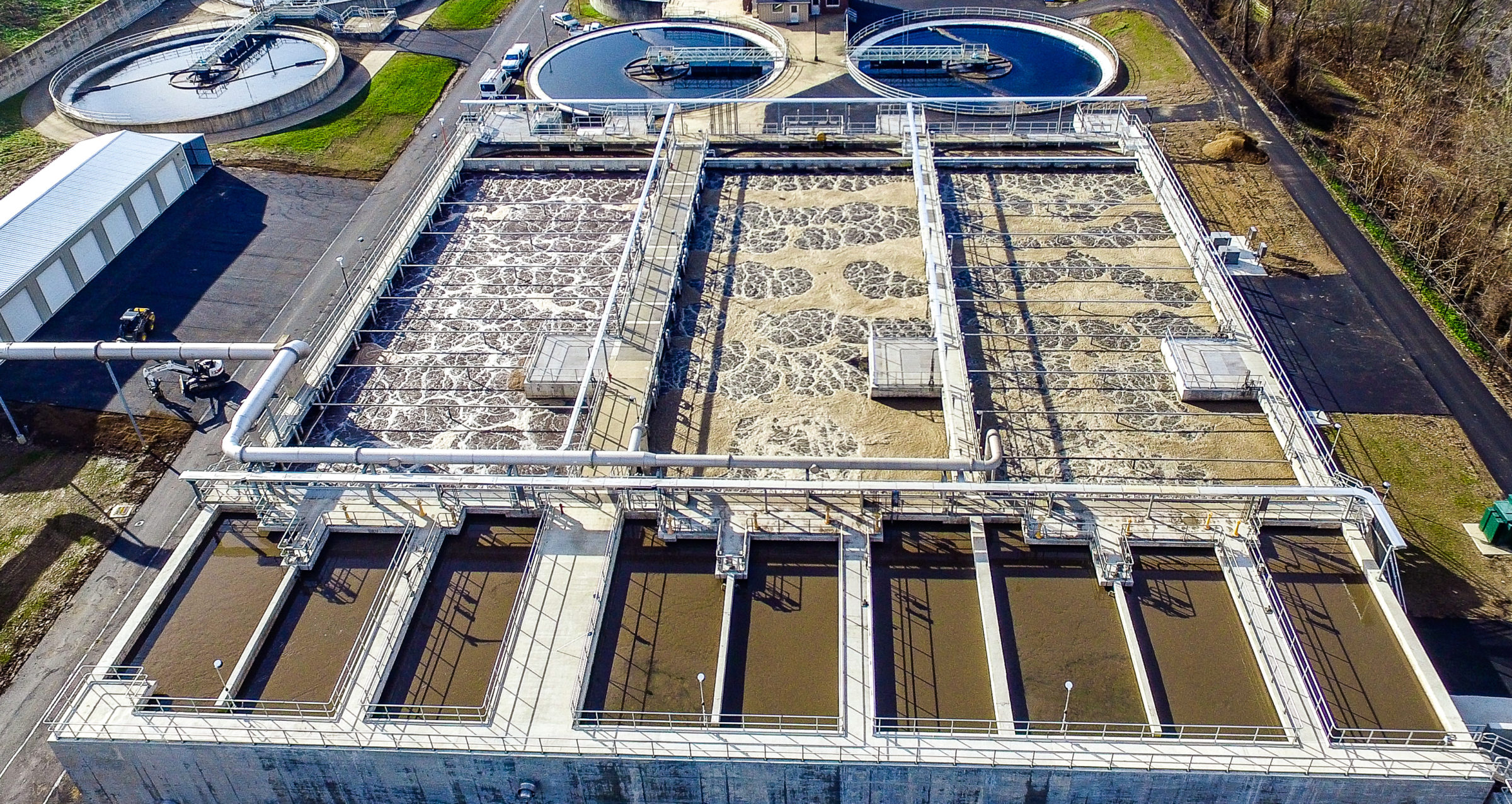 The City of Massillon has been a trusted client of CTI Engineers since the Ohio offices opened in 1995. With a major plant upgrade completed in 2000, Massillon has trusted CTI to keep the wastewater treatment plant on the cutting edge of technology since the beginning.

At the beginning of the new millennium, the city's plant had reached its maximum capacity of 12.5 MGD and expansion was necessary to perform for western Stark County for the next 20 years. CTI was chosen to project future Stark County sewer service needs, identify and recommend measures to eliminate inflow and infiltration issues that would often overwhelm the system, and expand the facilities within a tightly confined site within the Ohio and Erie Canal National Heritage Corridor.

CTI prepared the update design to expand the plant from 12.5MGD to 15.8MGD with improvements to the flow equalization and aeration system.

The project included the addition of two concrete basins with a combined volume of 5.6 million gallons for equalization of both diurnal flows and wet weather flows. Basins were equipped with non-clog, stainless steel, coarse bubble diffusers for aeration and with tipping buckets for periodic flushing and cleaning. The brush aerators in the existing oxidation ditches were removed and replaced with vertical, slow speed mixers and fine bubble, ceramic disc diffusers. 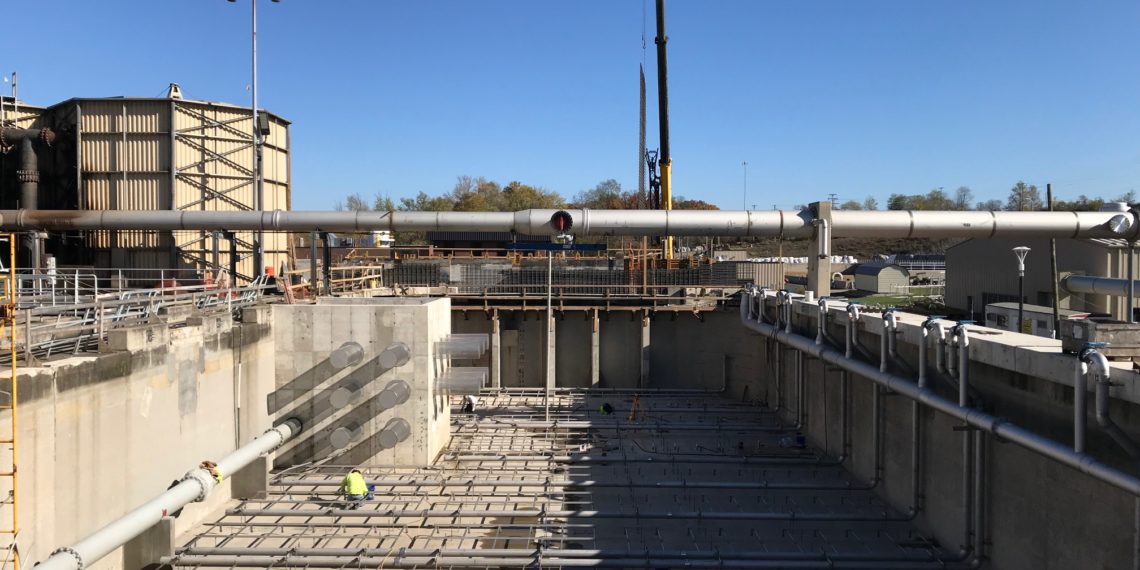 Their latest upgrade tackled an EPA compliance problem with a system that was the first of its kind in Ohio. Massillon recruited CTI in a joint venture with OBG to install an Integrated Fixed-Film Activated Sludge (IFAS) treatment system.

The IFAS system is a suspended growth process incorporating an attached growth media within a suspended growth reactor. This technology facilitates the creation of additional biomass within the treatment facility to meet more stringent effluent standards and increased volume of loading, without increasing or adding tank capacity.

This system was chosen to enable biological nutrient removal (BNR) and reduce the need for chemical precipitation.

By expediting the project design and taking advantage of Ohio Environmental Protection Agency’s Harmful Algae Bloom (HAB) loan opportunity for phosphorous reducing projects, the City procured a 0% loan for the portions of the project attributable to phosphorous removal. This reduced interest rates for the project from 2.14% to 0.32%, amounting to a savings of approximately $7 million over the life of the loan.

Each tank consists of three treatment compartments, each including the following steps:

The existing three aeration tanks were retrofitted into three plug flow reactors and include the following steps: 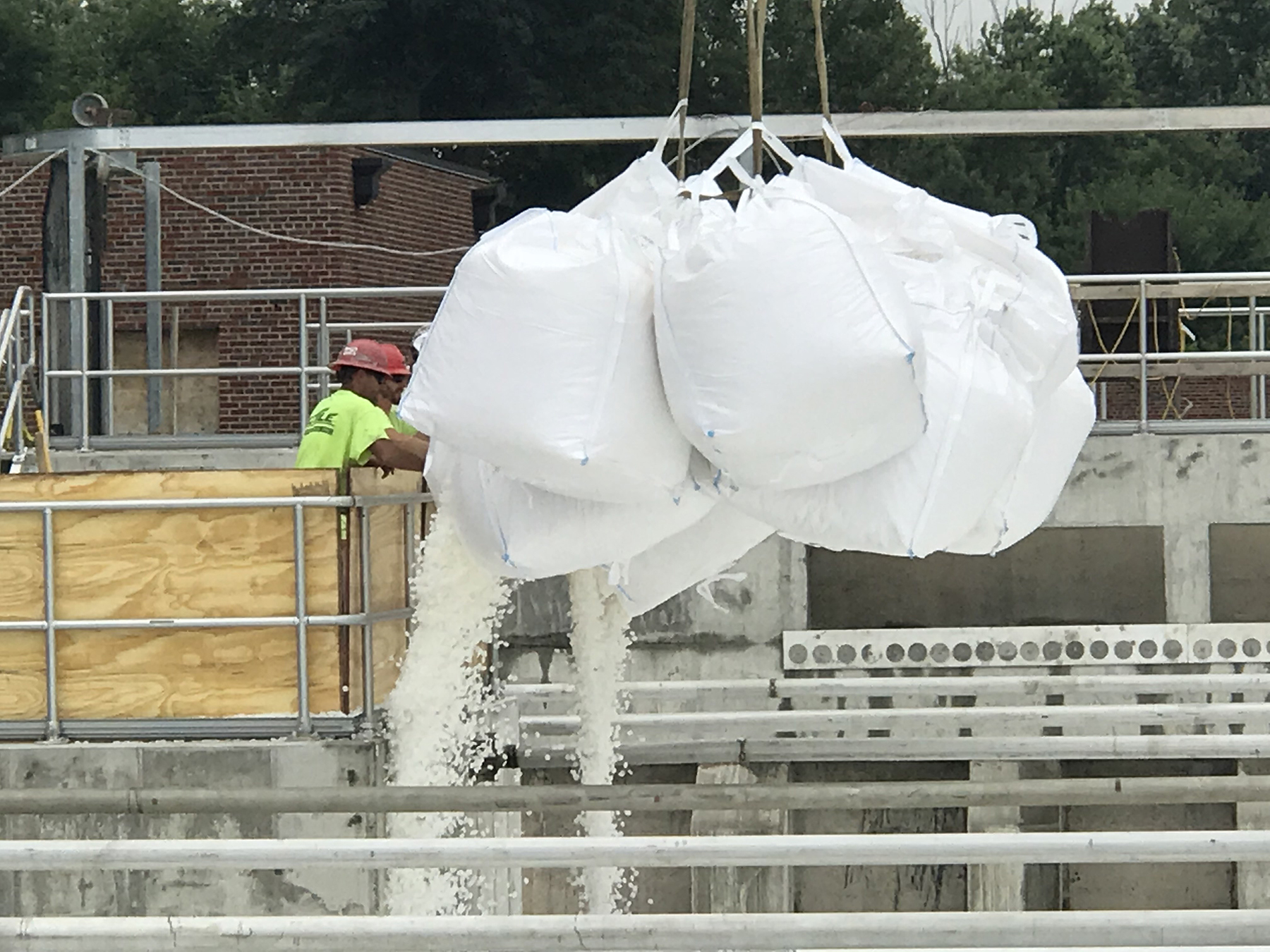